My writing spans technical publications to empirical research publications. I have written/co-authored 6 peer-reviewed, federal training manuals on subjects ranging from quality assurance in high-performance building envelopes to form-based codes. My research publications are at the intersection of urban history and theory, design, sustainability, and society. I have published two book chapters, nine journal articles, and four working papers. My forthcoming book (expected 2021), Growing Up with No Place to Play, captures how adolescents use public space in seven dispossessed communities in the rapidly growing cities of Hyderabad, India and Quezon City, Philippines. This work challenges previously held notions of neoliberal urbanism by suggesting that communities are incomplete without safe and accessible public spaces.

Recent events have made the U.S. Army aware of the susceptibility of installations to a myriad of environmental and terrorist threats. Given the Army’s task of responding during times of need, the necessity of developing self-sufficient installations has come to the forefront of the Army’s mission. A Net Zero Installation that internally manages energy, water, and waste utilities is independent of regional resource conflicts and environmental concerns. The installation becomes agile and responsive to its needs and the needs of the surrounding community. While impending mandates require net-zero as a target for 2030, this study is the first approach to develop a comprehensive net-zero master plan for an American military installation: Fort Leonard Wood, MO.

This plan establishes an energy, water, and waste baseline at three scales: the building unit, the community scale, and the master planning level, and recommends appropriate social and technological solutions to reduce and/or eliminate those resource streams. The research focuses on building systems, life cycle cost, safety, and infrastructure, in order to assure that practical application of sustainable goals can be addressed and improved. However, the spirit of the plan is to foster the ultimate goals of an enduring Army force that is enabled by secure and sustainable operations, systems, and communities. 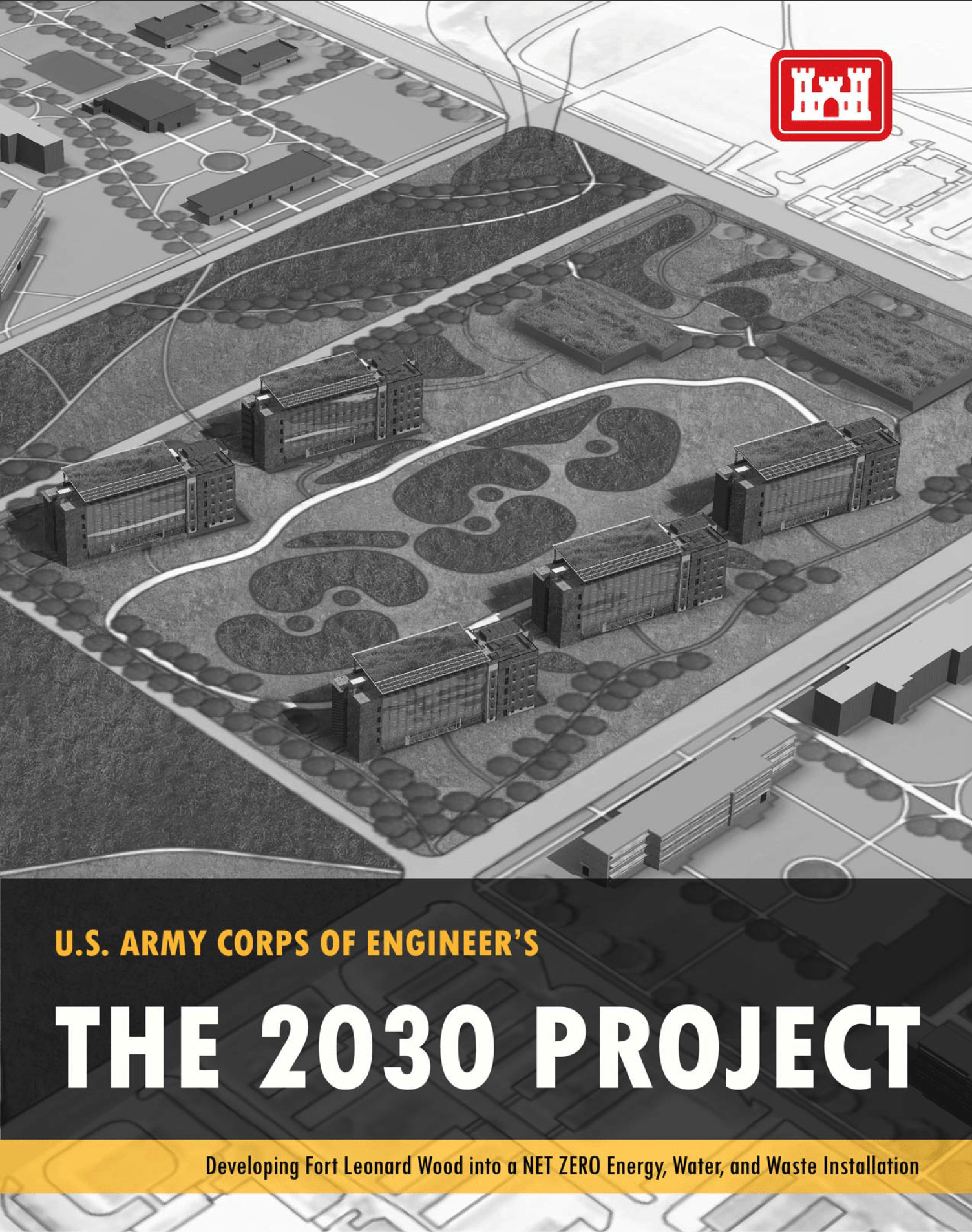 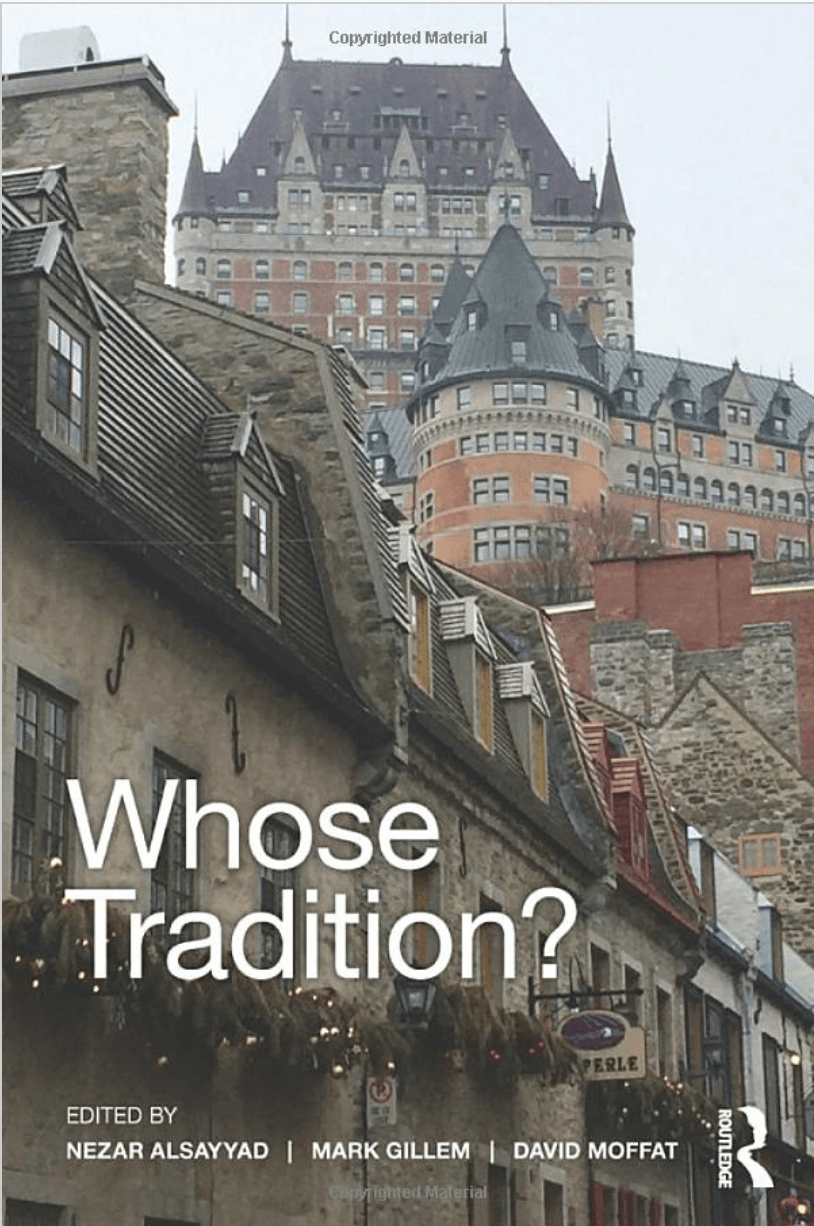 Published in Whose Tradition?: Discourses on the Build Environment (Planning, History and Environment) from Routledge.

“New Traditions of Placemaking in West-Central Africa,” by Mark Gillem and Lyndsey Deaton

In post-colonial Central Africa, as in many parts of the globe, traditional patterns of development are evaporating under the heat of modernity. The architecture that fills these new morphologies represents in part a search for new traditions that for some represent a new beginning – the glass facades, metal trim, and orderly open spaces typically found in places such as Shenzhen, Dubai, and Singapore are quickly sprouting in Central Africa. The scale and materiality require a move away from the vernacular in terms of knowledge and craft when it comes to design and construction and an embrace of efficient but unsustainable packaged designs. But how does one confront or critique this modality when it is embraced by some of the very residents who are exploited by its mode of production and operation?

To address this question, this chapter investigates how tradition, modernity, and power are under construction in Central Africa. The chapter first explores the concept of new colonialism associated with the rise of China in the affairs of African nations, which is largely associated with the familiar model of resource exploitation by a foreign power. The descriptive focus in this chapter is on recent projects in Angola, the Democratic Republic of Congo, and Gabon. But this model of sponsored development has significant problems that illuminate the power disparity between investors and debtors. Problems highlighted in this chapter include rampant corruption, opaque development processes, imagined prosperity, and a general failure to build significant local capacity. This chapter concludes by examining the question of whose traditions prevail in light of a geopolitical shift that is refocusing development towards the region due to its natural resources, political structures, and economic incentives.

“Security, Surveillance, and the New Landscapes of Migration,” by Mark Gillem and Lyndsey Deaton

Chinatown. Little Italy. The French Quarter. Names like these have described migrant neighborhoods for decades in cities across the United States. These are places where generations of migrants found refuge, relationships, and hope as they embarked on new lives in the planet’s self-proclaimed “melting pot.” But today’s migrants are not pursuing such clearly delineated place-based geographies. They are more dispersed and more integrated into the socio-spatial fabric of their host metropolises.

In this chapter, we describe why this dispersed model is more commonplace. To do this, we first trace the history of traditional socio-spatial strategies. We then explore how these strategies are changing in an increasingly polarized and securitized melting pot. In the past, migrants lived a diaspora experience and have tried to define themselves by reference to their distant homeland. In effect, they used spatial strategies to help create what Benedict Anderson refers to as “imagined communities.” And they have done this by attempting to reconcile difference through the creation of Amos Rapoport’s “cultural landscapes.” They have built or occupied what they know. Migrants have found the familiar in the mosques, shophouses, temples, and gardens that populate these districts. But identities are neither completely fixed nor completely fluid. As Stuart Hall argues, cultural identity is marked through differences that are continuously under construction. This is certainly the case for migrant communities.

The current state of affairs regarding immigration, especially from Latin America and the Middle East, points to a new model. By holing up in identifiable and easily controlled areas, immigrants may be more easily placed under the watchful eyes of the state. Deportations, round-ups, and relocations can be facilitated by place-based migrant communities. This chapter concludes by arguing that now, however, multi-ethnic communities are replacing the traditional immigrant neighborhoods where migrants can more easily melt into today’s landscape of surveillance. 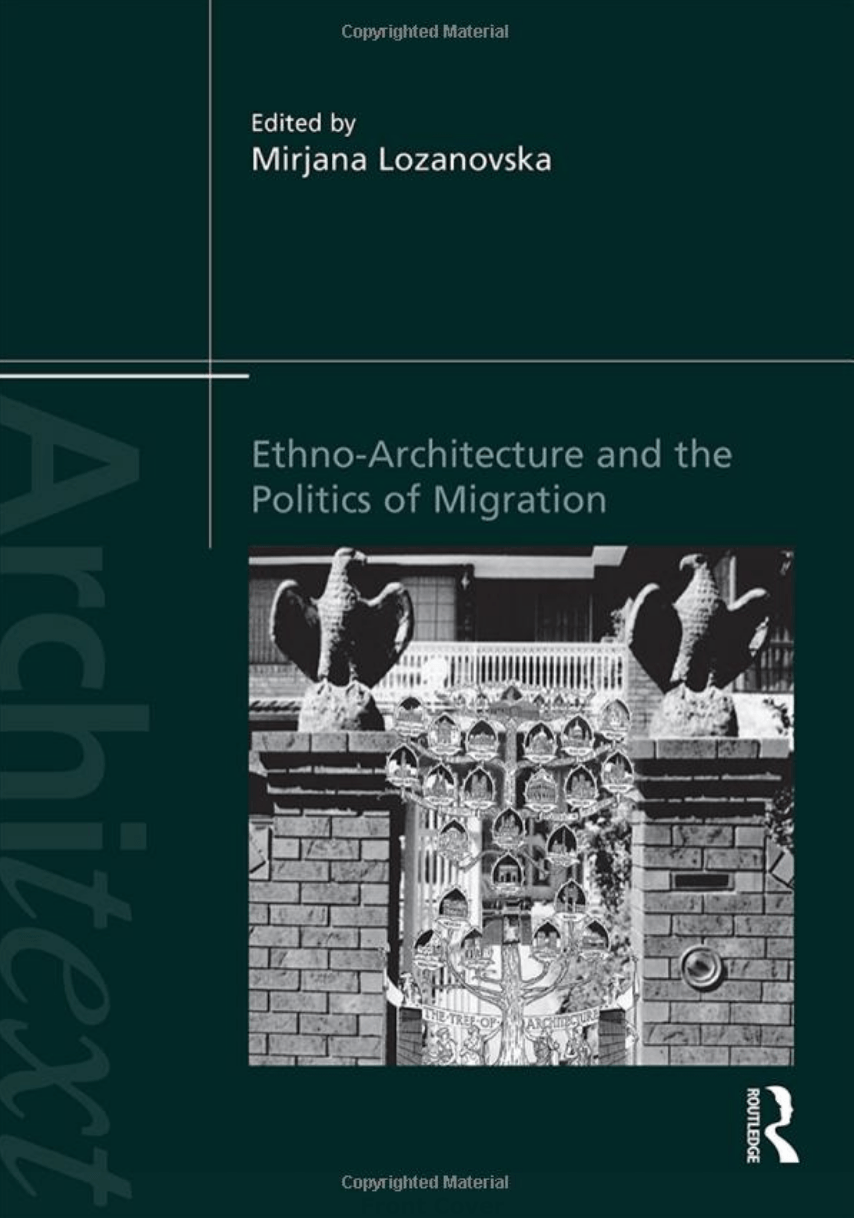 Published in Ethno-Architecture and the Politics of Migration from Routledge. 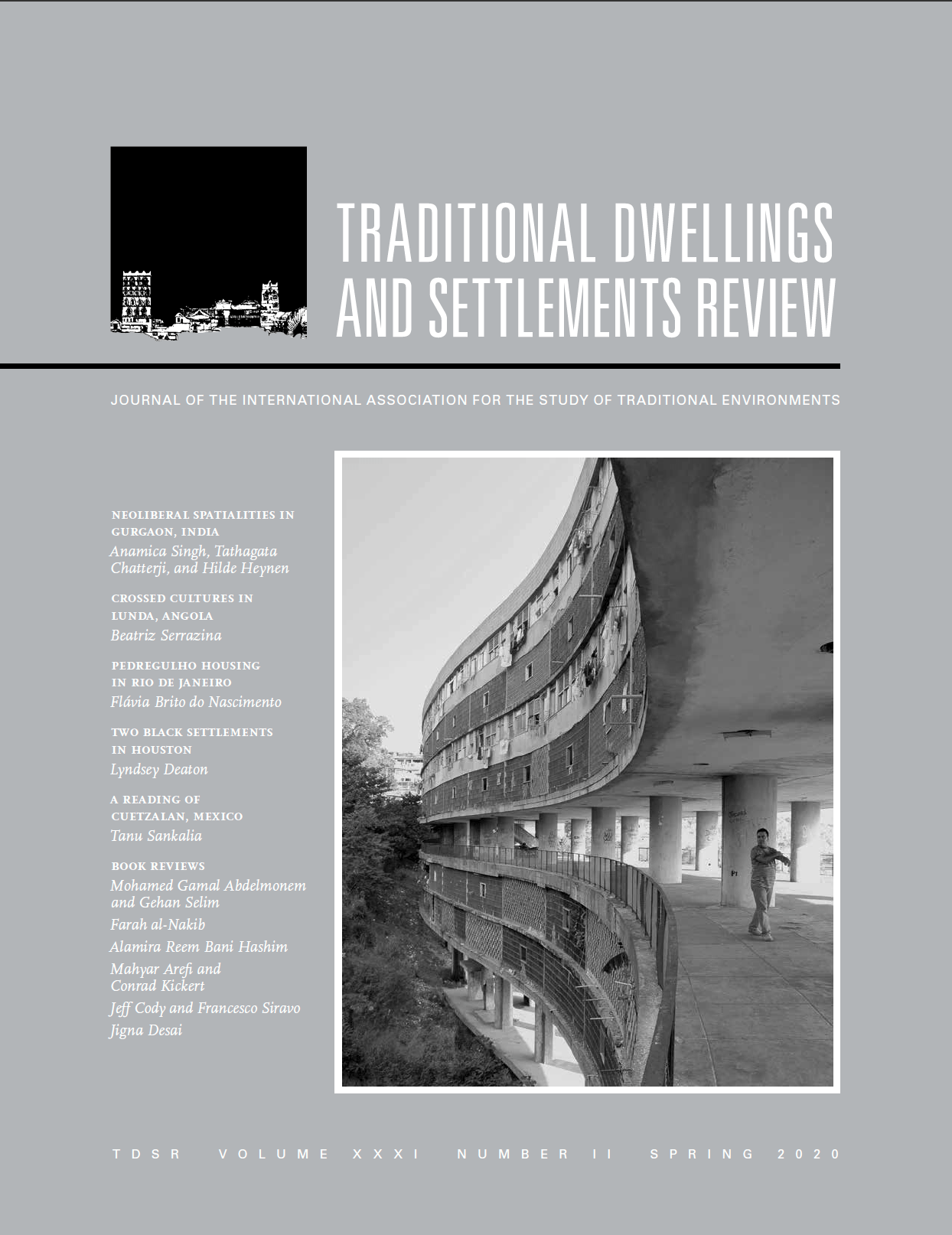 Published in in Traditional Dwellings and Settlements Review (TDSR) or purchase the full issue on JSTOR.

“Freedmen’s Town Versus Frenchtown: A History of Two Blacks Settlements in Houston, Texas,” by Lyndsey Deaton

With names signifying “freedom from slavery” in one case and referencing Creole ethnicity in the other, the founding characteristics of two black settlements in Houston, Texas, foreshadowed the different prospects their residents would face over the next century and a half. Both Freedmen’s Town and Frenchtown have been studied individually and with regard to patterns of spatial oppression. This article, however, attempts to show how different orientations toward race adopted by the two communities qualified the operation of spatial oppression in them since the late-nineteenth century. In doing so, it will reflect on the hidden workings of discrimination and economic injustice through four critical planning periods: post-Civil War Reconstruction, the Great Depression, the era of “white” flight, and the era of gentrification. The article will conclude by discussing the continued operation of these forces under hypergentrification.

Deaton, Lyndsey. “The Rise of the Humanitarian Planning Committee,” in InterPlan. The Newsletter for the InternationDivision of the American Planning Association. Spring 2020.